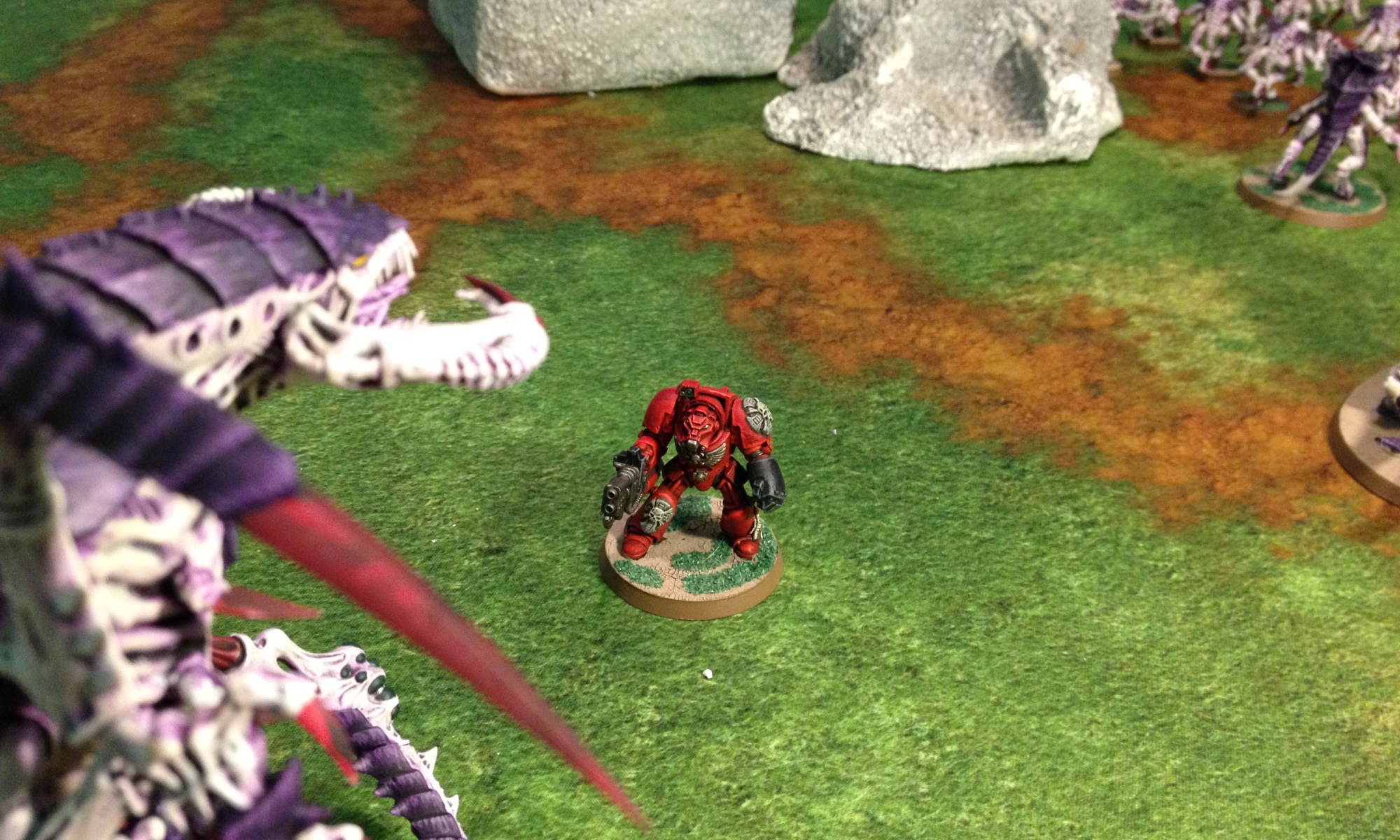 “Only those who dare to fail greatly, can ever achieve greatly.” – Rob Kennedy

On a whim, my wife and I opted to take a week off and clean the house and also catch up on having – you know – a life of sorts.  Often we get so wrapped up in work it’s difficult to spend much time with each other.

So we’re probably going to be going to the aquarium.  Because fish.  I’ll probably be cooking a turkey, because why the hell not?!

So if I have any free time with all that NOT WORKING and spending time with my wife, I’ll probably be painting.  And what is painting, without goal-setting?

Like the solo terminator in the featured image above, I feel like my goals are mayhap overly ambitious.  Time will tell.

Time to get these two bad-boys into some games.  I’m finding the Manticore isn’t really pulling its weight these days so I’ll probably be swapping it out with a somewhat more reliable Basilisk and crank the point savings into something else.  The Taurox Prime gives a zippy solution to down-field board control, but will likely come at the expense of my Vendetta in a 1,500 point list.  The Vendetta’s also been falling in hard times of late, so… I dunno.  We’ll see how this shakes out.  In the mean time, the models have to get painted, and so they shall. 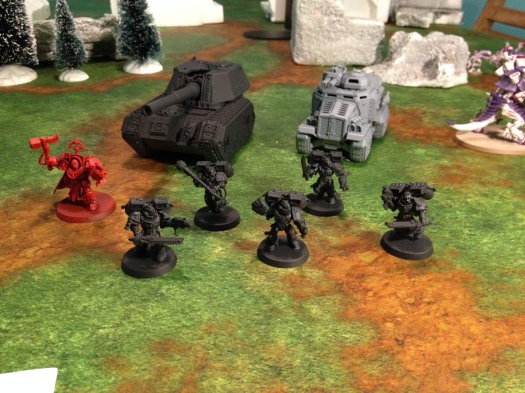 These guys are going to be a staple in the Blood Angels allies I’ll be using.  Thus, they need some painting love.  At least they’re primed.

I used the Sergeant as a test model, but since then I haven’t stuck a dagger in him.  He’s some details away from being completed.  In the mean-time I leapfrogged the heavy flamer termie up and over his head, and he’s now completed less some decal work.  So 3.5 terminators remaining in the unit?  Not bad.

Here’s the heavy flamer in case you’re interested.  Didn’t turn out too badly. 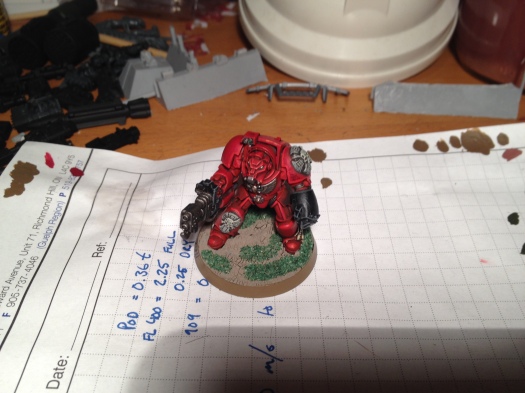 I couldn’t resist.  Nids are just too fun to paint.  These guys have to get painted before I can focus on the other imperials.  I spent a dedicated 1 hour of painting on the 9 gaunts (I ran out of white primer for the other 3… D’OH), and brought them along to a point that’s more or less the same as the Swarmlord, so they will be advancing in parallel.

5.  Sanguinary Priest and Commissar – The astute of you will notice in the above picture that there are freshly built reinforcements.  These guys should be primed and painted as well.

That’s it for me, I’ll be trying to provide daily updates with respect to progress.  😀