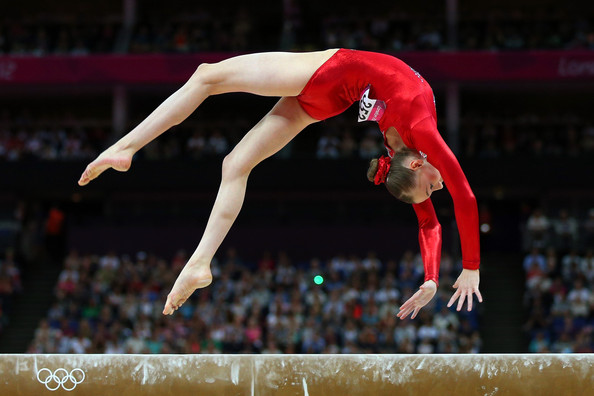 In a previous post, I mentioned that someone’s been tearing up my archives in preparation for a local tournament!  This is awesome stuff!  After a brief discussion in the comments section, I resolved to write a list review, and provide advice, comments, and constructive criticism.  So:

I’m prepping for the Lords Of War Warhammer 40k classic tournament in Mississauga on August 20. It’s 1500pts, one codex, no allies, no special characters, no formations, no supplements, no fortifications, and only troops scoring.

I have since clarified that only infantry that are troops choices score, their dedicated transports do not score.  oooOOOooo….  This makes things tricky, and not just for the guardsmen.  Here’s a non-comprehensive list of cheap fast things that can no longer bolt onto an objective in the last possible juncture of the game, or are otherwise a pain in the ass to remove from objectives once they get there:

Conversely the mainstay of the Imperial Guard, the venerable Chimera, is also going to be kicked to the curb and is less useful than the troops it is designed to carry.  Typically this is the other way around, wherein you take as many troops as you can to wedge them into as many transports as you can.  This presents a very interesting design challenge.

Before I get into any list building shenanigans, I think it’s important to consider what you think you’ll be running up against.  I figure there will be 2 types of lists present:

Given this is a tournament, I doubt you’ll see a horde army present.  They’re difficult to transport, set up, move around, and they’re not very considerate of the time it takes to shoe-horn as many games as you can into a day.

It should be noted that I don’t actually know what the objectives are for this tournament.  If they’re WTC style it’ll be a healthy combination of ‘Maelstrom’ and ‘Classic’ WH40k, but if you’re only using Maelstrom you might see a different playstyle result…

Anyhoo: Back to Pyrad!

I don’t have all the conscripts painted yet, and may not get around to it in time.
I’m leaving A LOT on my shelf, including 2 hellhounds, 2 Sentinels, Leman Russ Punisher with Multi-Melta Sponsors, Leman Russ MBT, Bullgryns, Wyrdvane Psykers, Scions, and a Basilisk.

Any advice is very appreciated. I’d love to bring a much more mechanized force, but this troops scoring business has me concerned.

First off, that’s a pretty healthy list.  You’ve got the ability to deal with just about every threat that someone might throw at you.  Particularly anyone that’s throwing a horde onto the table, with 50+ well supported lasguns on the table at any given time.

My initial thought was: “holy cow that’s a lot of support characters”.  You have a fully kitted CCS (including the astropath), Lord Commissar, Priest, Primaris Psyker and Engineseer.  That’s 420 points of stuff that may not directly affect the outcome of the battle.  I can definitely see the temptation to use all of these characters because in concert it could be devastating.  Stick the priest in with the conscript blob and you’ve got a mega-tarpit (assuming the priest isn’t sniped in some way).  But then, I’m not sure if you want to use the conscript blob as a shooting array, playing off of First Rank, Second Rank when combined with something like Prescience.  If you roll particularly well, those 50 bodies may have a re-rollable 4++ in assault.  Frankly, I don’t have much success with Psykers in general, but I can understand their appeal.

Where would the Lord Commissar live then?  His stubbornness and aura of authority would have a bit less value in any of the other units, and he runs the potential of BLAMMING (automatically) either of your psykers if he’s in the same unit.  The enginseer would be busy repairing hullpoints on things or giving Power of the Machine Spirit (but what needs it?), but this may require your relevant armour to be clumped up to maximize his effectiveness.

I guess what I’m getting at here is that while having support synergies are definitely a good thing, things could go south in a hurry if those synergies are disrupted in some way, or if you don’t get the psychic powers that you want.  In that case, you may have been better paying for the biggest gun possible in the first place.

Relying on these synergies sometimes hamper your tactical flexibility and board control, as your characters need to stay around a particular area in order to dish out their sweet buffs to troopies adjacent.

Something that I’d be specifically concerned about as well, is having that priest in with 50 bodies with 4++ re-rollable locked in combat with a single armoured Sentinel for 6 turns, unable to fall back because of Zealot.  The other issue with 50 bodies is that they take up a lot of space, it takes forever to move them all, and they can still only control one objective at a time.

The last thing I’m not a fan of is the Hydra.  I find the platform underwhelming.  You already have skyfire in the Vendetta, and it’s much better at its job.  Hydra losing interceptor and the ability to ignore jink saves was a huge nerf, and it didn’t get any price reduction to go with it.  It’s now significantly outperformed by an Aegis quad-gun with a Platoon Commander on it but I digress.

I might suggest taking what you already recognize and dialing it up to 11.  Focus on intimidation, mobility and a lot of redundancy. (I know that’s a lot of things to focus on)

“Oak…” you’re probably saying about now, “What the Christ is this mess?”

First off, your deployment is going to be significantly faster.  You’ve got about half the models on the table at the start of the game.  20 bubble wrap troopies and 8 tanks.  Not bad.

Second, you’ve got the same number of scoring units, they’re just wrapped differently.  Rather than relying on psychic shenanigans, you’re using cover and orders to do the work for you, plus a bunch of sacrificial Chimeras.  While both Psykers/Commissars/Priests and Chimeras significantly increase the durability of your troops The Chimeras do things for you that support characters can’t: Get your troopies where they need to be.

I personally think the humble Company Command Squad is one of the most under-rated units in the game.  The key factor for me is that it carries it’s own buff with it.  AND it has one additional buff to give to an adjacent unit.  Being able to hop out of a Chimera and lay down 8 BS4 S7AP2 shots that ignore cover is not something to ignore.  It makes Riptides a bit nervous.  It makes just about anything nervous.  I gave them Carapace to help out with those inevitable 1’s on the to-hit.

Similarly, with the 4 tank-hunting meltagun shots.  Great for doubling out battlesuits or similar, knocking out that troublesome land-raider, or other utility roles.

Remember that orders are much more reliable than psychic powers, and as of the present codex, a lot easier to implement.

All of your units feature mobility and a measure of durability with the Chimeras.  Don’t forget that you have smoke launchers, so you can carry a 5+ cover save with you into Turn 1.

Roll up and lay down a truly epic amount of flame.  Position the vets in a place of good cover (which could be as low as 3+ in ruins, because of Camo!), and dare your opponent to charge you with your 3D3 auto-S4+ hits in overwatch (which you’ll note is statistically comparable to a 50 man conscript blob opening up with 100 lasgun shots).  In the unfortunate circumstance that your chimera blows up, your troopies bail out behind their doomed transport and instantly feature a 4+ cover save.  3+ if they go to ground.  Which you shouldn’t be afraid of doing, because you have 2 Company Command squads cruising around in Chimeras.

Your heavy hitters are bait for deep-strikers.  The Wyvern and Basilisk are no-brainers.  These’ll wreck house pretty quickly if left alone.  So hide it somewhere (ruins?) to protect it from shooting, and if deep strikers are a threat then bubble wrap them in the 20 extra(!) bodies that you have.  If you’re really strategizing and using them as bait, consider the value in splitting them, and forcing your opponent to pick their poison.

I like the Basilisk here because S9 AP3 and the Large Blast make marines weep as you wipe out a combat-squad per turn.  The Demolisher is in a similar vein, but designed to keep Tau honest.  If they want to stay out in the open with their Broadsides, they should understand this will have a price.

You may also be noticing there’s practically nothing here for morale control.  This is by design.

If you’re locked in combat, you cannot SHOOT your opponent the next turn!  You want them to charge you (because overwatch) and you want to lose the combat so your Demolisher and artillery can pack their shit in.

If you have any concerns of being able to keep your artillery alive on Turn 1, keep it in Reserve.

Last but not least, you’ve got late-game speed provided by yet another flame squad jumping out of a perfectly good airplane.  This is also important, because they’re a troops choice, and can score.

Frankly, I don’t know if I’m crazy with all of those flame templates.  Perhaps I’ll playtest this and get back to you.  Right now I’m still in the conceptual phase.

Something I’ve missed?  Got a critique for me?  Post up in the comments below and we can get this party started.