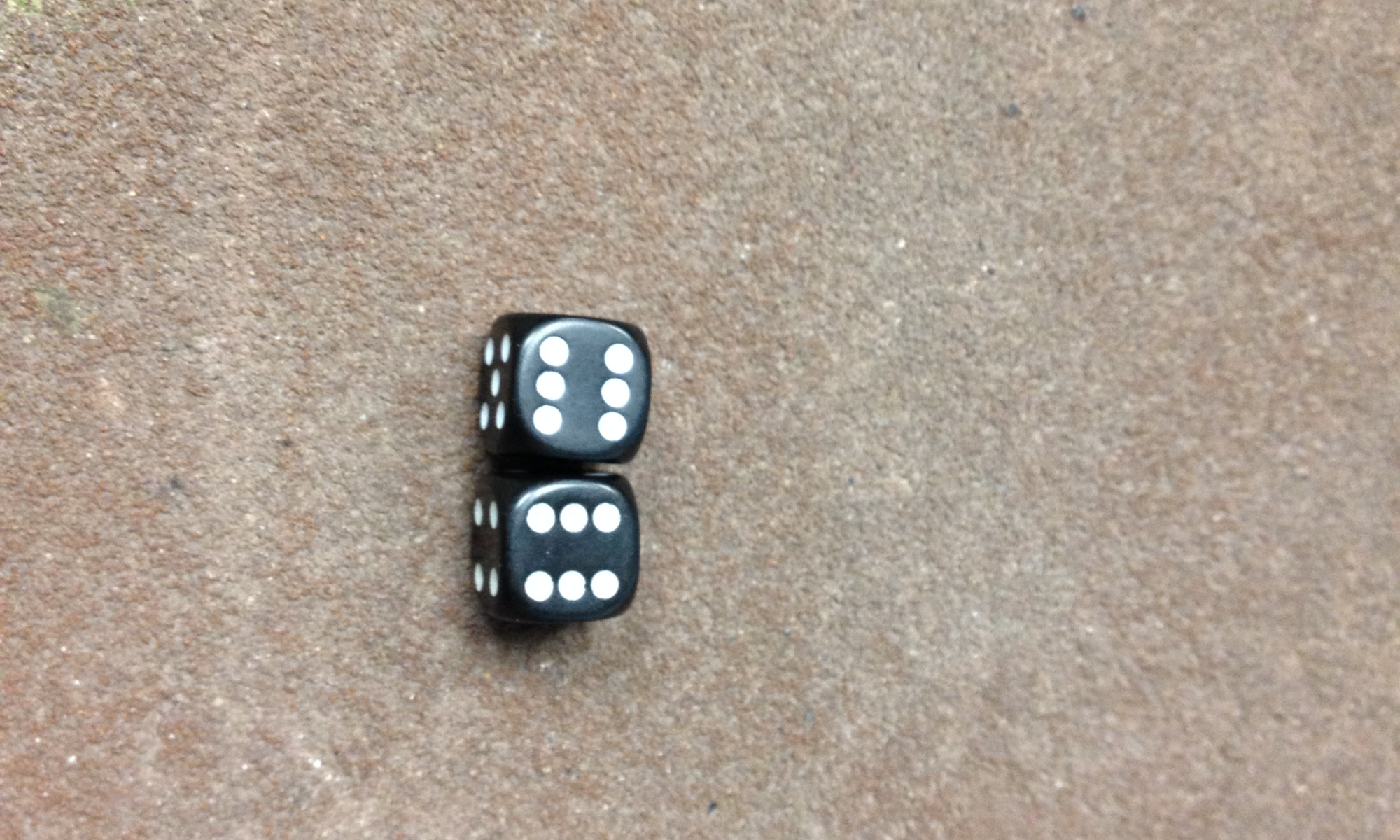 As it has been in the past, I’ve been roused from the depths.  Awoken, as it were, from my long-sleep.  This time though, it was not by a wall of appreciation for my blog, it came from a single ‘tweet’.

What do we want? @Oakenhawk to update his blog. When do we want it? Now! #demand #wethepeople #orelse #warmongers #rage pic.twitter.com/foNFeALnW0

So… Rather than incite secular violent protest among the masses, I opted to take the high road and update my damned blog.  How generous of me!

So what’s been going on?  Lets take it month by month in order to kind of bring things up to speed.

December represented grim tidings for Mrs. Oak and I.  We had been trying with medical assistance to procreate, and at the end of this month it turned into a dead end.  Short of overly intrusive and expensive methods, the medical method doesn’t seem to be an option for us in the short term.  For those curious, the simple problem is that my swimmers are awful both in stamina and number.  No specialist knows why, it just is.

At the time, this was nothing less than a tragedy for us, as we had a near miss on the final attempt.  A period of mourning followed, wherein I tried to be as supportive as possible, but something was gnawing away at me on the inside…

I would characterize February as a mental breakdown.  Everything came unglued.  I felt worthless, awful, wholly responsible for my (our) circumstances, and bluntly, I hated myself.  I was an emotional wreck, wherein a spilled cup of coffee caused me to miss an afternoon at work.  I felt responsible for the Mrs; who still needed my support, but I could no longer offer it because I was wholly consumed within my own struggle.

Needless to say these feelings were completely irrational, borne of some sweet and tempting lie I’d been swallowing since I was a youth.  Ironically, I then hated myself for being irrational and damaging my relationships continuing the spiral further…

I had rolled boxcars on my psychic test, and was dragged into the warp, to be constantly assailed by Chaos.

Which is weird, because I never left the material plane.  Go figure.

Sleep was hard to come by, my work suffered, hobbies and passions that I typically enjoyed seemed unappealing to me; I’m sure you can relate to some of these symptoms, and I’ve written about them before, just under a different guise…

Welp, someone (*COUGH* Mrs. Oak *COUGH*) suggested to me that there could be another way to think, rather than all of this (unreasonable) self-loathing.   Frankly, it’s very hard to watch someone you love self-immolate like that, and kudos for her for not backing down as I sputtered “b-b-b-but…. I’ve always been this way!”

Which is the truth.  I mean, I’ve been able to muscle through every trial put in my path, but it’s been a gigantic struggle to get this far it seems.  But need it have been so?  In retrospect, probably not.

Here’s some of the faulty thinking that has taken root since my formative years:

There’s a lot more at play within my own brain than I’m going to get into and indeed there are many, many more distortions.  I can think of several examples within my own blog with self-deprecating humour, setting impossible standards and times when I’ve battled with low self-esteem.

Anyways.  All this to say, when you can categorically pick through your brain and identify the thought processes at work, it is relatively easy to change your thought processes to reflect the truth of your situation.

I’ve been enjoying the success of this lately and I gotta tell you there’s nothing quite like rolling 6’s on the Deny the Witch rolls for a Witchfire attack.

For example, I’m able to accept a compliment now.  I’m able to function at work without gripping anxiety that someone will realize how dumb I am (because I’m not, and I don’t need to worry about this stuff).  Once again my hobbies have become more enjoyable.  I think I’ve been a lot more fun to be around lately too, which is good news for everyone.

So:  A big thanks to Mrs. Oak for being patient and supportive through all of this, I have a feeling it’s going to help me greatly.

Woof, that got serious eh?

I just want to point out, that the past 4 months or so haven’t been all serious and heavy.  There’s been a lot of good stuff too.  I’d be doing myself (and my self-esteem) a disservice to not mention it!

I had a pretty good game against a challenging Eldar list.  We both forgot that Wraithknights are now gargantuan creatures and therefore cannot overwatch.  This cost me Sir Winston, and likely the battle.  OH WELL!  40k is harrrrd.

I had a ROCKIN’ good game with my Chaosbro where I tried out some Mechanicus shenanigans, wherein a communication error resulted in 500 points disparity in our army lists.  Some late reserves arrived for Chaos, and learned me the hard way that Heldrakes can still do some pretty good work.

Khorne is pleased -the final assassin-bot drops at the hands of the demon sword, which claimed 13 souls including the Dominus @HotDiceMinis pic.twitter.com/PzSrId33kj

I tried my hand in batch-painting for a period in time, before I ran out of steam and my brain was ripped into the warp:

4. The relief as the second colour goes down. pic.twitter.com/Fw8ZvoHzih

I’ve been having fun in Kerbal Space Program and World of Warships as well.

That pretty much brings us up to speed.  I’m obviously feeling a lot better these days, so I’ll definitely be in touch.  Take care everyone!

13 Replies to “Perils of the Warp”