So I’ve alluded to this in the past, but the Battle for the Cadian Gate actually started last night.  We played through one month of the campaign in the space of an evening, and if all nights are like this one, then it’s gonna be a riot.

END_OF_DOCUMENT_TOKEN_TO_BE_REPLACED

Hey all, it’s been another slow-ish week for me in my hobby, due largely to business being after hours, and my recent addiction to launching green men into space (for SCIENCE!)

END_OF_DOCUMENT_TOKEN_TO_BE_REPLACED 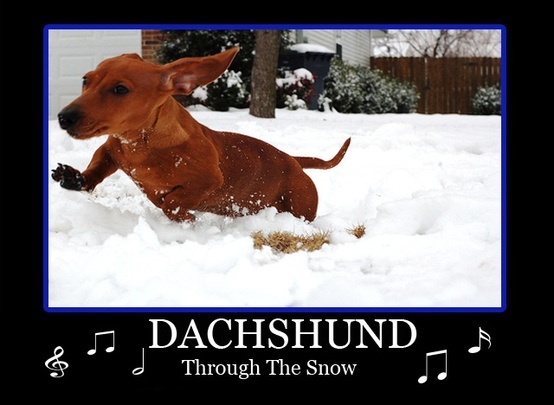 (EDIT: Full caption of the image is “Dachshund through the Snow” — it got trimmed… 😦 )

I’ve been alerted to the fact that it’s been about 8-10 days without a blog post from me, which is unheard of.  I’ve had a lot on the go, but not much of it has been hobby related.  I’ll initiate list protocol to summarize:

END_OF_DOCUMENT_TOKEN_TO_BE_REPLACED

I’m kind of everywhere all at once in my hobby just now, flitting back and forth between Nids and Guardsmen with relative ease.  Victimized yesterday by my painting were those 10 Guardsmen I was bragging about paint *so* quickly back in… NOVEMBER?!  what the hell man?  You should have finished those dudes before moving on into EVERYTHING ELSE SINCE.

And y’know what?  I got brave.

I started putting some squad markings on the right shoulder pad.  I was tired of squinting at each model and trying to figure out if he was a Veteran or not, that kind of thing.  SO, here’s the Order of Battle for an as yet unnamed Cadian Regiment (unofficially the Ca(na)dian Guard).

On the left pad, I was considering putting divisional / regimental ID, but I honestly haven’t gotten that far yet.

The other thing I’ve been up to is agonizing over a 2,000 point list that I’ll be bringing down to Welland with me in order to play Matt from MWG…

Here’s what I’ve come up with:

There’s a couple of things that I’m rolling around in my head right now, and those are the merits of swapping out the CCS (180 points!!!!) for something like Scions w/ Taurox Prime, and the Hellhound for… well… just about anything else.

I guess in my most recent games I keenly felt the inherent problems with not having orders on the table to do fun things like strip cover (with Plasmaspam) and generally making the infantry blob more flexible.  The Hellhound is always nice for a psychological terror, but I find it’s very vulnerable to assaulters… as is just about everything else in my list (with the exception of the Senties and Bullgryns).

What do you think…?  Any room for improvement there?  Let me know, hit me up whatever!

Been a bit of a busy week for me, but here’s a brief synopsis of what I’ve been thinking about lately:

Firstly, I had my Dark Angel bro over for a painting session and a quick 1,000 point game against my Tyranid list.  It’s not often the bugs are outnumbered by MARINES on the table top, so it made for an extremely interesting game.  By the end of it I had one fifth of The Swarmlord and a fully healthy (and angry) Carnifex, while he was down to one third of an Interrogator Chaplain armed with the Monster Slayer of Caliban and a Nephelim Jetfighter.

I was using my phone to crank out some tunes that day, so I have zero photographic evidence.  I learned some lessons about fielding the ‘Nids, and it just reinforced the need for Gribblies, rather than fielding 3 Monstrous Creatures and calling it a day.    (Note: Genestealers don’t qualify as gribblies.  I cried when 5 of them died to Black Knight Overwatch… it was tragic)

Which brings me to my next little thought process:

I’ve taken a page from Mr. The Admiral Drax and created a purchasing priority matrix, because the decision making process has been a little bogged down lately with effectively 2.5 armies on the go…

Some things needed to be rejigged on account of Canadian Price brackets, most of the really cool kits are $60+, but there are many options below that.

You’ll notice the top priorities are being placed on many MANY gribblies.  The first 60 in fact.  Anything after that is just gravy.  I also use the single box price as opposed to the LOLBOX because that’d blow up my hobby budget for 3 months, and I have problems staying accountable that way.

You’ll also notice that the Sanguinary Priest and two teams of scouts also rank pretty highly on that list, and that’s because I wouldn’t mind being able to field the Blood Angels as an allied detachment or their own special snowflake detachment.

So once my post-Christmas buying moratorium is up come March, you know what direction I’ll be headed.

In terms of my painting progress, I finished the Bullgryn’s Priest!  Woohoo! 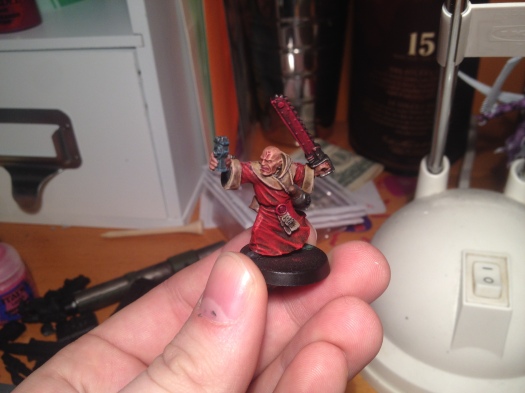 One last thing before I take off for the morning:  You should check out this video battle report from Miniwargaming.  It’s produced long-form, showing all the dice rolls, but you might recognize Matt’s opponent from a few battle reports in this blog…  It’s really well done…  and of course, Clarence did what Clarence do.  😀

It looks like I’ll be driving down to play Matt sometime in March, so stay tuned for that!

That’s it for now guys.  Cheers!